According to weather.com at the current time of 10:52 this morning it is 4 degrees outside and feels like -10. Guess I can take a little time to update the blog until the temps at least make it to double digits.

So up to now, we had made it Wall, SD. As you may remember from post #1, Wall was where we had to make an executive decision where we had to veto a hotel based on shadiness. Let's just say it looked like the scene from an episode of CSI or something. We ended up at the Best Western (that's high class in Wall) and saved $15 by checking in as only 1 person and not 2. We then headed out into town to grab dinner and drink. Turns out, when it's not summer, and not near Sturgis week, the town is pretty dead. We walked into the bar and we instantly doubled the occupancy of the bar that night. We got a drink, a burger and watched tv, all while obviously being the out of towners. 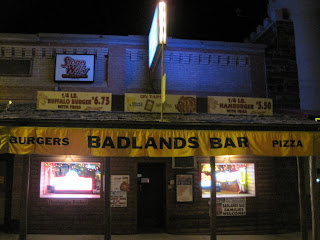 Then as we were grabbing the check, one of the bartenders (not sure why they had more than one on staff) starts talking to us and we get some recommendations for what to do in Badlands and Mt Rushmore, etc. Turns out we got some really great suggestions, and some awesome bar tricks while we were at it. Be sure to ask about the hidden shot glass sometime... 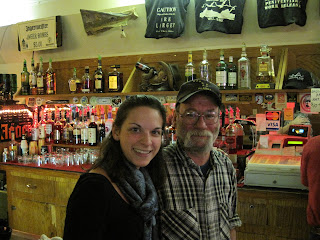 Isn't this guys stache awesome? And when he found out we were at the Best Western, he asked if we had heard about the death there the night before. He explained how they had found the guy in the bathtub full of milk. Apparently he was covered in cereal. One of the worst/best cereal killer jokes I have heard, but he had Laur going right up until the punch line.

The next morning we loaded up the car and headed out to Badlands. I was pumped. We got a recommendation to hit up this dirt road and that we would be sure to see Bison crossing the road and lots of wildlife. 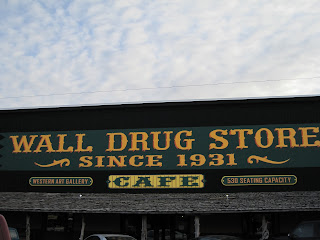 On the way out of town we made the stop at Wall Drug to see what all the hype is about. Holy crap is that place huge. Got the bumper sticker, had breakfast there and then were on our way. 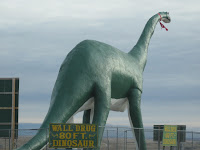 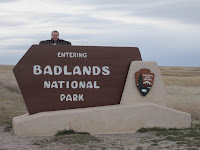 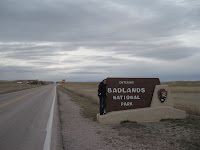 I had no idea what to expect in Badlands but it was simply stunning. Amazing landscape paired with roaming wildlife made it feel like we were on our own personal safari. I think this is one of those situations where a picture is worth 1,000 words so I'll let them do most of the talking. 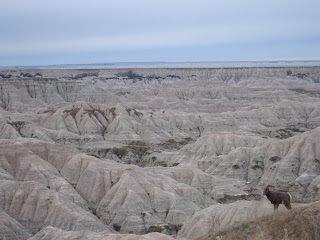 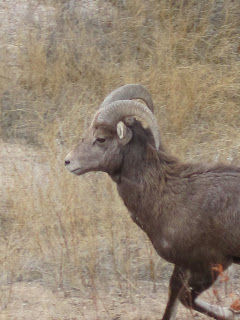 This was 30 seconds down the dirt road. 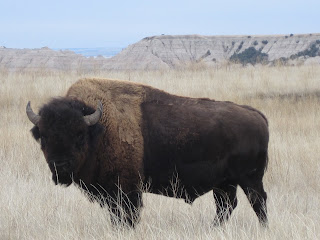 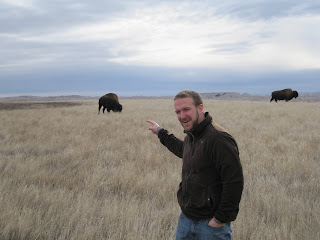 Well, my computer battery is dying and with no plugs available here in the lobby this post is going to be cut short. I think it has warmed up enough to hit the slopes for a bit. More pictures to come later this afternoon/evening. 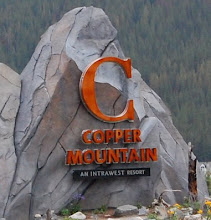 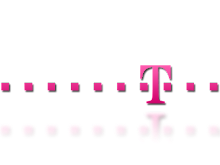